Conceputalizing switiching elements for the FH Joanneum’s experimental flightsimulator JFS² is the title of my bachelor thesis.

The paper is the result of the first collaboration of the faculties of Aviation and Information Design at the university of applied sciences FH Joanneum. The objective of this cooperation was to create a library of switches which can be used trouble-free on the new touchscreen interface of the experimental flight simulator JFS². In the future this library, respectively collection, shall provide the right switch for different functionalities within the cockpit without time consuming tests.
Thus the newly conceptualized switches were created out of a development process which reaches from a basic research over conception phase, two testing phases to the final library of switches. The thesis is an overview and summary of all these phases of development.

The library was created in several steps of development:
First of all a general research was conducted to gather existent switches in cockpits, which then were grouped into categories. By comparing the collected switches with the ones existing in the JFS² a selection was done on which switches were to be redesigned.
The conceptual phase followed during which the gathered switches were abstracted to make them usable on a touchscreen.
These designs were tested in two steps. Firstly as paper prototypes which allow to create many variants even while testing. The selection of switches after the first test was then made into usable click-dummies with Adobe Flash. Thus their functioning could be tested directly on a touchscreen. Important was to test the switches not out of their future context. This would have lead to distorted results – in extreme cases a switch could have been completely unusable in its final place of action.
The outcome of the two tests and analysis phases were clear recommendation on which switches shall be put into the library.

The thesis is available in German only. 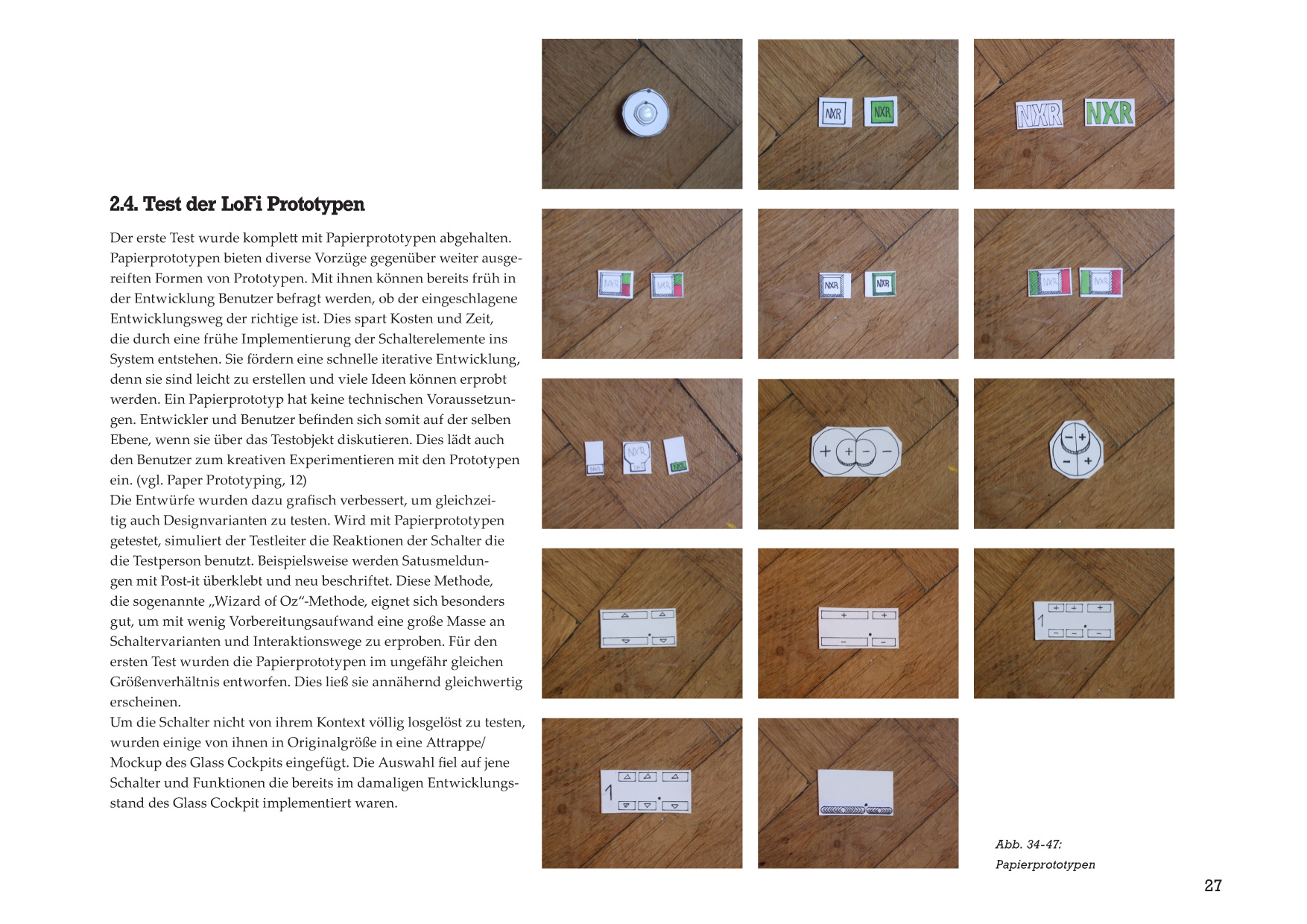